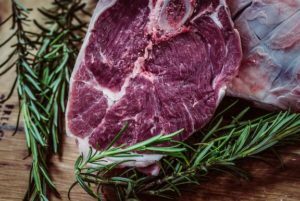 Riboflavin (also known as vitamin B2) is one of the B vitamins. Riboflavin is naturally present in some foods, added to some food products, and available as a dietary supplement. This vitamin is an essential component of two major coenzymes, flavin mononucleotide (FMN; also known as riboflavin-5’-phosphate) and flavin adenine dinucleotide (FAD). These coenzymes play major roles in energy production; cellular function, growth, and development; and metabolism of fats, drugs, and steroids.

Riboflavin deficiency is extremely rare. In addition to inadequate intake, causes of riboflavin deficiency can include endocrine abnormalities (such as thyroid hormone insufficiency) and some diseases. Certain population groups, such as vegetarian athletes; vegans; pregnant and lactating women and their infants; people with infantile Brown-Vialetto-Van Laere syndrome may be at risk because of riboflavin inadequate intake. It is worth mentioning health benefits of riboflavin for migraine sufferers and cancer prevention (though the study data may be controversial). Adverse effects from high riboflavin intakes from foods or supplements (400 mg/day for at least 3 months) have not been reported, but are not deemed impossible.

* Intake at this level is assumed to ensure nutritional adequacy; established when evidence is insufficient to develop an RDA.

Foods that are particularly rich in riboflavin include eggs, organ meats (kidneys and liver), lean meats, and milk.

About 95% of riboflavin in the form of FAD or FMN from food is bioavailable up to a maximum of about 27 mg of riboflavin per meal or dose.The bioavailability of free riboflavin is similar to that of FAD and FMN. Because riboflavin is soluble in water, about twice as much riboflavin content is lost in cooking water when foods are boiled as when they are prepared in other ways, such as by steaming or microwaving.

Selected Food Sources of Vitamin B2