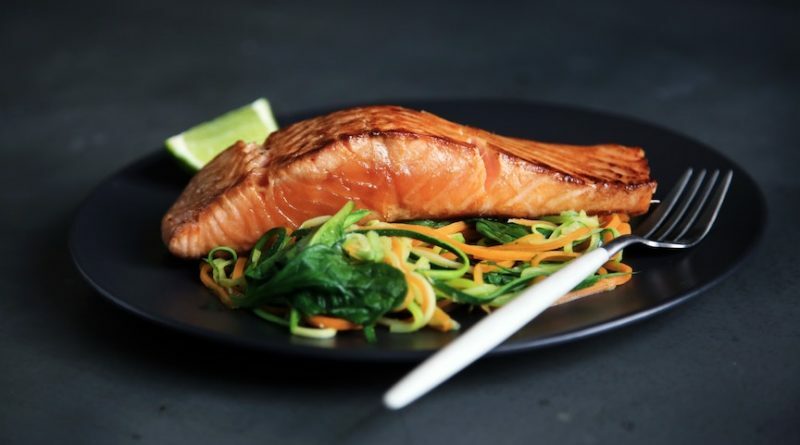 The two major classes of polyunsaturated fatty acids (PUFAs) are the omega-3 and omega-6 fatty acids.

Omega-3s, are present in certain foods such as flaxseed and fish, as well as dietary supplements such as fish oil. Several different omega-3s exist, but the majority of scientific research focuses on three: alpha-linolenic acid (ALA), eicosapentaenoic acid (EPA), and docosahexaenoic acid (DHA). Linoleic acid and arachidonic acid are two of the major omega-6s. Once in the bloodstream, lipoprotein particles circulate within the body, delivering lipids to various organs for subsequent oxidation, metabolism, or storage in adipose tissue

The human body cannot only form ALA and linoleic acid and thus they are considered essential fatty acids. ALA can be converted into EPA and then to DHA, but the conversion (which occurs primarily in the liver) is very limited, with reported rates of less than 15%. Therefore, consuming EPA and DHA directly from foods and/or dietary supplements is the only practical way to increase levels of these fatty acids in the body.

ALA is present in plant oils, such as flaxseed, soybean, and canola oils. DHA and EPA are present in fish, fish oils, and krill oils, but they are originally synthesized by microalgae, not by the fish. When fish consume phytoplankton that consumed microalgae, they accumulate the omega-3s in their tissues.

Omega-3s play important roles in the body as components of the phospholipids that form the structures of cell membranes. DHA, in particular, is especially high in the retina, brain, and sperm . In addition to their structural role in cell membranes, omega-3s (along with omega-6s) provide energy for the body and are used to form eicosanoids, signaling with wide-ranging functions in the body’s cardiovascular, pulmonary, immune, and endocrine systems.

Currently, most clinicians do not assess omega-3 status, but it can be done by measuring individual omega-3s in plasma or serum phospholipids and expressing them as the percentage of total phospholipid fatty acids by weight. These values can vary substantially based on an individual’s most recent meal. Mean values for serum or plasma phospholipid EPA plus DHA among U.S. adults not taking omega-3 supplements are about 3%–4%.

It is also possible to assess omega-3 status via analysis of erythrocyte fatty acids, a measurement that reflects longer-term intakes over approximately the previous 120 days. This index can be used as a surrogate for assessing tissue levels of EPA plus DHA. EPA and DHA typically comprise about 3%–5% of erythrocyte fatty acids in Western populations with low fish intakes. In Japan, where fish consumption is high, erythrocyte EPA and DHA levels are about twice those of Western populations.

A deficiency of essential fatty acids—either omega-3s or omega-6s—can cause rough, scaly skin and dermatitis. Plasma and tissue concentrations of DHA decrease when an omega-3 fatty acid deficiency is present. However, there are no known cut-off concentrations of DHA or EPA below which functional endpoints, such as those for visual or neural function or for immune response, are impaired. Classical essential fatty acid deficiency in healthy individuals in the United States is virtually nonexistent. Clinical signs of essential–fatty-acid deficiency are usually only found in patients receiving parenteral nutrition that lacks PUFAs.

High doses of DHA and/or EPA (900 mg/day of EPA plus 600 mg/day DHA or more for several weeks) might reduce immune function due to suppression of inflammatory responses. Doses of 2–15 g/day EPA and/or DHA might also increase bleeding time by reducing platelet aggregation. However, according to the European Food Safety Authority, long-term consumption of EPA and DHA supplements at combined doses of up to about 5 g/day appears to be safe

Plant oils that contain ALA include flaxseed (linseed), soybean, and canola oils. Chia seeds and walnuts also contain ALA.

The omega-3 content of fish varies widely. Cold-water fatty fish, such as salmon, mackerel, tuna, herring, and sardines, contain high amounts of omega-3s, whereas fish with a lower fat content—such as bass, tilapia and cod—as well as shellfish contain lower levels. Farmed fish usually have higher levels of EPA and DHA than wild-caught fish, but it depends on the food they are fed. An analysis of the fatty acid composition of farm-raised Atlantic salmon from Scotland showed that the EPA and DHA content significantly decreased between 2006 and 2015 due to the replacement of traditional marine ingredients in fish feed with other ingredients.

Beef is very low in omega-3s, but beef from grass-fed cows contains somewhat higher levels of omega-3s, mainly as ALA, than that from grain-fed cows.

Some foods, such as certain brands of eggs, yogurt, juices, milk, and soy beverages, are fortified with DHA and other omega-3s. Since 2002, manufacturers have added DHA and arachidonic acid (the two most prevalent LC PUFAs in the brain) to most infant formulas available in the United States.

The U.S. Food and Drug Administration (FDA) has established a Daily Value (DV) of 65 g for total fat but not for omega-3s. Thus, the table above presents the amounts of omega-3 fatty acids in grams per serving only and not the percent of the DV.